As part of a collaboration between the Swiss company BW-TEC and the Institute for Human Centered Engineering HuCE, a laser welding machine is used to cut undesirable parts of stent graft coatings. In order to get the necessary precision for the cutting path, the system is extended with a feedback control to stabilize the laser beam power at the target. The control circuit will be implemented in the new vision aided firmware for laser welding machines.

BW-TEC, Swiss based company, develops machines for balloon catheter manufacturing. In collaboration with the HuCE-microLab, a new firmware for laser welding machines is being developed, including a vision system for precise stent machining. One of the final stent manufacturing steps is to cut the coated edges. To do so, the laser welding machine is used as a cutting tool. However, the current method to control the laser output power is not accurate enough to allow a precise cutting path.

The laser output power shows strong variations along time and reaches a precision of ± 10 %. The goal of this Bachelor thesis is to develop and implement a feedback control circuit which stabilizes the laser output power within a tolerance of ± 2 %, and to integrate the dedicated algorithm in the laser machine firmware. The stabilized process would allow a precise cutting.

To allow in-process measurements, the laser beam is split with a beam splitter. One beam path is directed towards a thermal sensor, the other beam path is directed towards the stent. Long term measurements showed that the laser output power presents strong variations along time when a constant command signal is applied. This non-linear behavior is linked to laser mode sweeps, which are the result of temperature variations. However, when focusing on short periods of time (in the order of seconds), the system response is linear and time invariant. Thus, the laser system, i.e. the plant, can be linearly modeled, and classical feedback control concepts can be applied.

Two linear, model-based control algorithms have been designed. Simulations show that a proportional-integral (PI) controller leads to an acceptable dynamic response. However, a PI-derivative (PID) controller combined with a lead compensator improves the transient behavior, resulting in a low settling time and less than 1 % overshoot. For simplicity, the PI controller is first being tested with Simulink and a National Instruments DAQ. The control algorithm will then be implemented using C++ and tested on the laser system.

Figure 1: A coated stent graft and the estimated cutting path (in red). 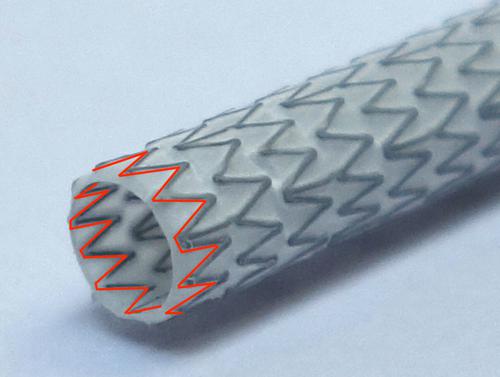 Figure 1: A coated stent graft and the estimated cutting path (in red). 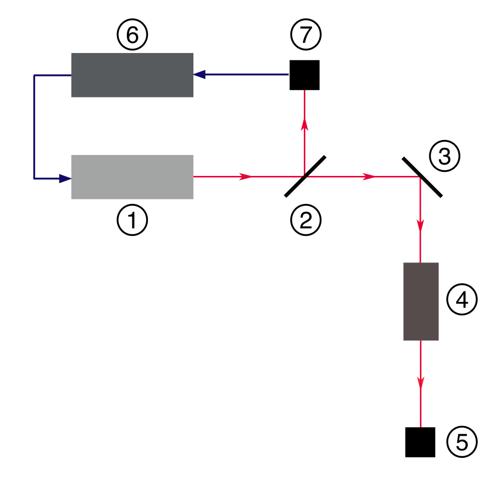