In cooperation with the Cardiocentro Ticinio a first prototype of an embedded device, intended to control the C02 concentration for cardiac surgery, was developed at the Institute for Human Centered Engineering (HuCE). In this thesis the system gets extended with a powerful firmware based on FreeRTOS and a Human-Machine-Interface (HMI) to provide improved interaction to the surgeons.

During a cardiac surgery there is a high risk of arterial air embolisation which can cause a stroke when the emboli get into the brain. To minimize the risk of a stroke air needs to be removed from the heart during surgery. Since there is still a chance of remaining air causing strokes another approach is needed.  The avoidance of air-blood contact with a "shield" of C02 is one solution to significantly reduce this problem.

In a first step the existing device (figure 1), which was developed at the HuCE at the BFH, needs to be analyzed and the satisfaction of the given hardware requirements has to be verified.  Depending on the requirements and the performance of the existing hardware a suitable operating system must be selected.  Based on that decision a software concept has to be derived, finalized and implemented (figure 2).

Because the given microcontroller performed at the upper performance limit it needed to be replaced. To ensure a deterministic behavior of the software the Real Time Operating System (RTOS) FreeRTOS was chosen. FreeRTOS gives the capability to switch easy to commercial licensed kernels (OpenRTOS, SafeRTOS). Especially the SafeRTOS kernel is very interesting for this kind of project because it is certificated for the use in medical applications. The HMI is realized with a 4.3" LCD display and a capacitive touch panel, which can get controlled even with thin surgical gloves.

Due to the performance reserve of the microcontroller and the underlying FreeRTOS kernel a sophisticated feedback control design will be facilitated. 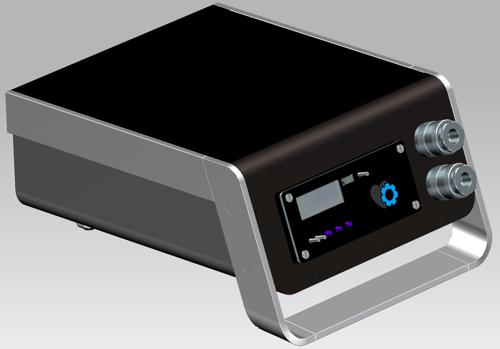 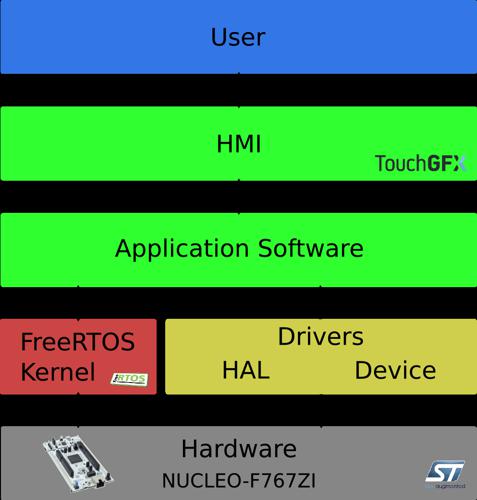