The digital revolution does not stop when it comes to resistance training. New devices are available where electric actuators produce the workout load instead of physical weights. Within this thesis, a prototype of an intelligent weight device was developed to evaluate the possibilities of applying this technology in rehabilitation training.

Multiple studies have shown that people with walking impairments can improve their quality of life by increasing their upper body strength. During a previous project, a prototype concept was developed after a market study and patent research and all the actuator components have been defined. This prototype concept was the basis of the detailed development of the intelligent weight system.

The aim of the thesis was the development of a functional intelligent weight prototype with adjustable resistance and a user interface that shows training data. The device should be compact and have a universal mechanical interface to mount it on different base structures. The device has been subjected to a cost and safety analysis and a concept for an entire rehabilitation training system using intelligent weight technology shows possible ways to continue the project.

After a safety analysis and a risk classification, the manufacturing parts were designed with CAD software. The intelligent weight prototype consists of the main device, which contains the drive and spool unit, and the workout handle. The manufacturing costs were summarized and the prototype was assembled. All the actuator parts had to be wired and the controller and power supplies were stowed in an electrical cabinet. Before the system could be put in operation, the PLC software had to be programmed. Finally, the prototype was tested with two control strategies (with PID and without PID) to analyze the characteristics of the resistance. The last step was the design of the entire rehabilitation training system using intelligent weight technology. After defining the main requirements, a concept was developed and divided into single work parts which can be pursued in the future.

The manufactured parts could be assembled with no major adjustments and the wiring system is working. It is possible to use the prototype for training and tests, which have already shown that the control strategy with additional force feedback leads to a more consistent resistance. Within the next project steps, the software can be extended to allow advanced workout modes and the prepared work parts of the entire intelligent weight training system can be finalized. 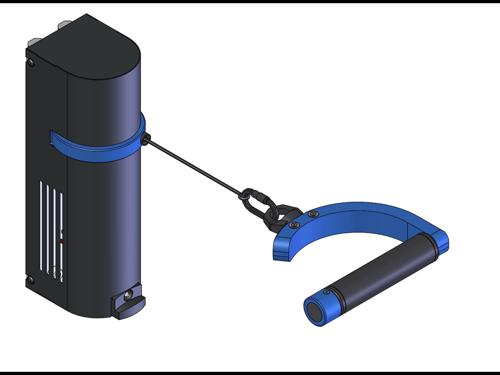 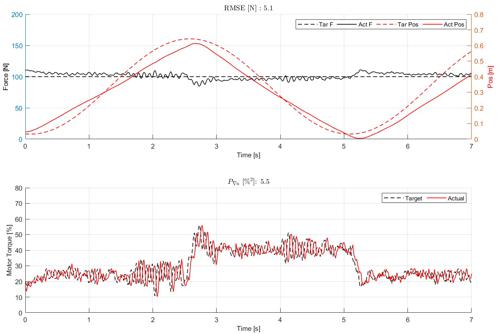